Novel decompositions of a sphere

Paul Wasson (of LaserMego) called my attention to OpenSCAD, a mesh-creation language that can create STL files using programmatic scripts. Experimenting with it I created a novel bisection of a sphere. 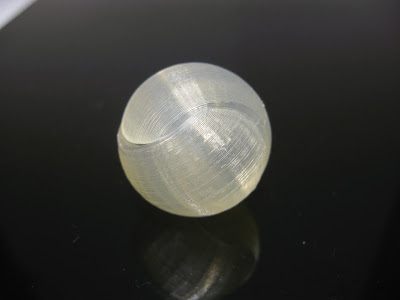 It can also be used as a container because the two pieces snap together. It avoids the 'flat' spots often associated with 3D printed spheres because the exterior surfaces are made with sidewalls only, no upfacing or downfacing surfaces. 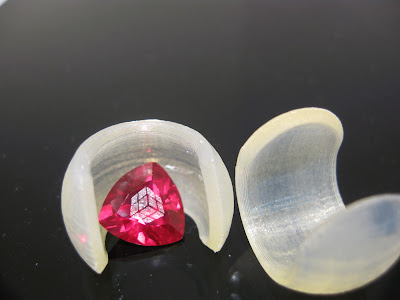 As a further exercise I adapted the concept to homebrew modelers like the MakerBot CupCake CNC by dividing it into four pieces. Although the CupCake can handle moderate overhangs, the division enabled me to entirely eliminate overhangs. 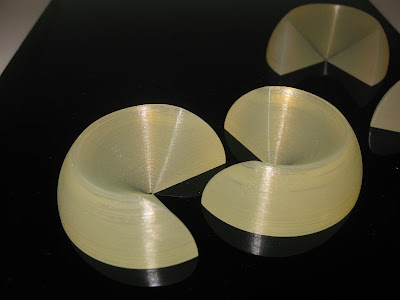 When four identical pieces are assembled, they form a nice sphere without flat spots. I posted the STL, plus the OpenSCAD source, at Thingiverse. 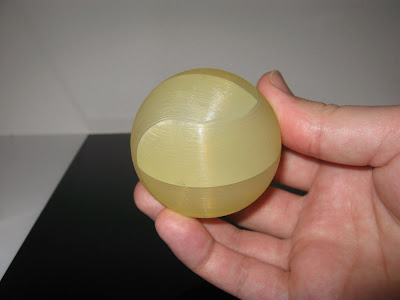 Posted by Scott Elliott at 1:25 AM