Comparing with SLS and PolyJet

I uploaded my spherical 2x2x1 puzzle (the 'practical' one) to Shapeways and tested some samples built in other materials. (It's available for anyone to purchase.) 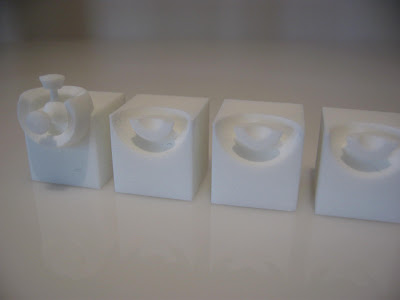 The parts built in nylon SLS (left) were functionally identical to the PVC parts built on my SD300 (right). In fact, they were interchangeable. Both materials tolerate the flexing that's required to install the last piece. 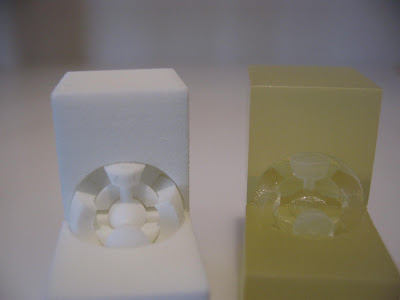 In contrast, a part built in Objet "PolyJet" (left) arrived already broken. Although the PolyJet Fullcure material claims to withstand bending, it's apparently brittle at this 1.6mm thickness. The SD300 part (right) is sufficiently strong because the posts were built in a horizontal orientation. 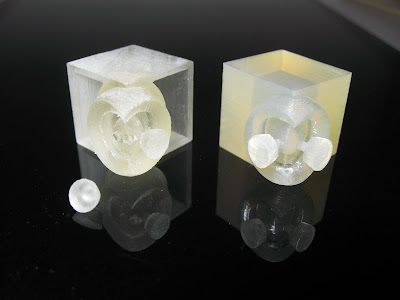 But the PolyJet puzzle is sufficiently intact that it works okay, despite the broken piece. 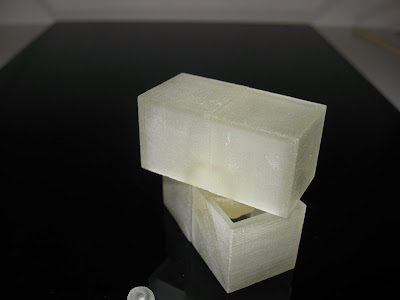 Posted by Scott Elliott at 7:02 PM