I received lots of suggestions for my Hemi-Demi-Sphere and Hollow Demi-Sphere models. Friends suggested I add more curvature to the pieces, like seams on a tennis ball. I liked the idea, but initially I assumed it would make the model unsuitable for building on MakerBot-like machines. But my SD300 could build them, so I designed three models with varying degrees of curvature. 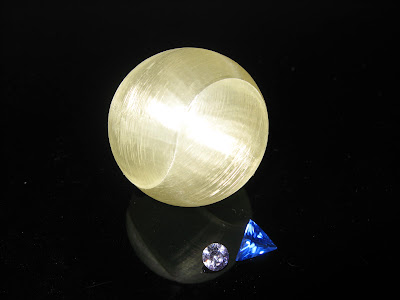 The model with the deepest curvature had a knife-like edge where thin layers converged in a long narrow taper less than a millimeter wide. Maybe the AntiGlue gets between the layers in thin areas, preventing them from bonding solidly. In any event I damaged this part by peeling the support material away in the wrong direction, blissfully unaware of the weak area. On subsequent parts I peeled the waste material in the opposite direction, avoiding such damage. 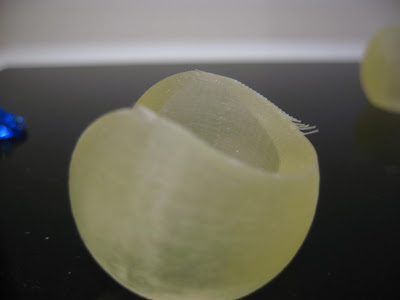 I repaired the damaged part by first rinsing it in isopropyl to remove any remaining AntiGlue film. Then I soaked it in Weld-On 2007 for 10 seconds to soften it and pressed it against a sheet of silicone-coated baking parchment to anchor the layers down flat. After the solvent evaporated the part was better than before because there were no loose edges. It's noticeably shinier where it was dipped in the solvent. (Later I sprayed the parts with a fine mist of solvent to give them a consistent finish.) 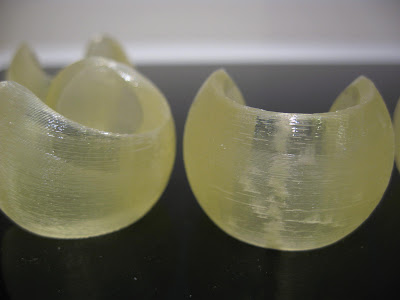 The profile at right shows the slight taper on the part with the least curvature. This one snaps together easily, but holds together quite securely. And the hollow center provides a place to hide nifty objects. (Gems?) 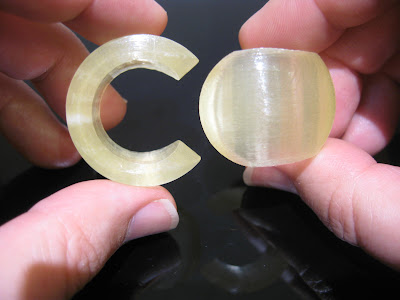 The sphere with moderate curvature required a lot of pressure to squeeze it together. Taking it apart takes a bit of effort, too. The PVC is fairly rigid at this thickness, but it flexes nicely. 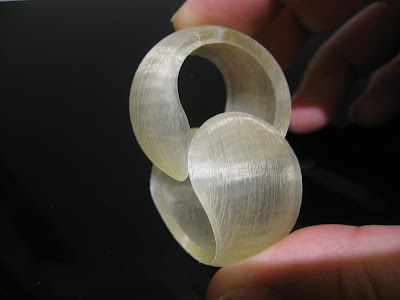 The sphere with the deepest curvature took a lot of pressure before it went together with a solid "Snap!" I haven't been able to get this one apart again so far. I don't imagine it would work with rigid plastic. 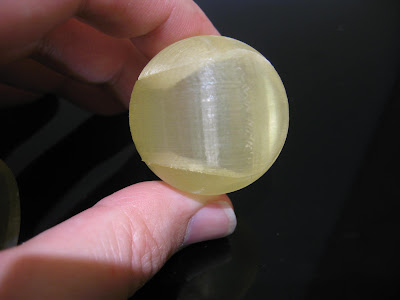