As an exercise I had previously built the part sketched in gray, although I'd expected it to be impractical on the SD300. The colleague who drew the sketch asked me to build the rest of the parts, the 3 identical yellow ones, because he wanted to see what they would look like. 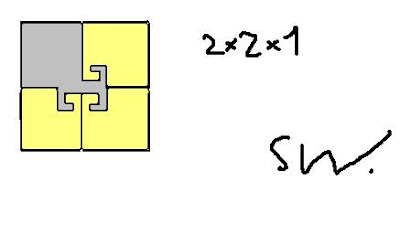 The parts came out looking nice, but it was immediately clear there would be no way to assemble it because the cavities need to nest too tightly together. That had been anticipated in a discussion thread some time ago. 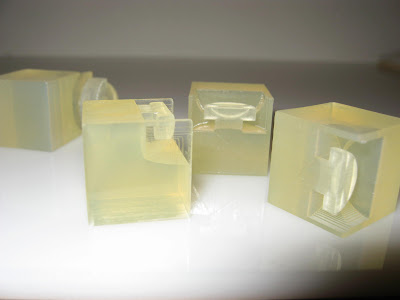 But it inspired me to split all the parts in two halves, connected by round pins that fit into square holes (like early Lego toys). 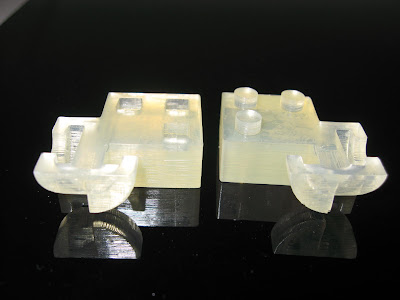 This enables the parts to be assembled in two symmetric halves, where each half proudly exhibits the contours from the original sketch. 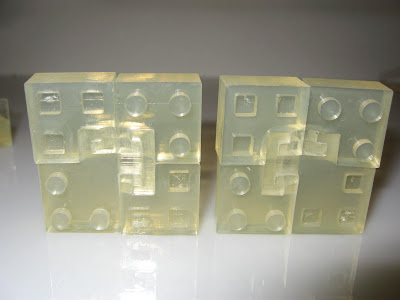 These two halves fit together to form the original 2x2x1 puzzle in the sketch. It fits too tightly for actual play, but it's a nice tangible demonstration of the original concept. I'll mail it to the author of the original sketch as a nice souvenir. 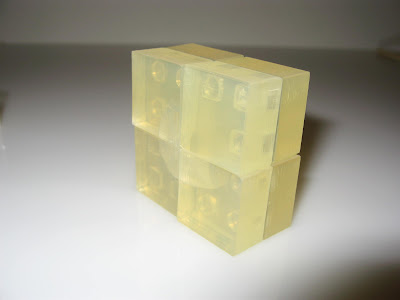