My SD300 is electrically crippled, but I found a secondhand Invision LD that I've been trying to get running.  The two machines are internally compatible, but this particular Invision LD had suffered damage in storage.

It looked like the machine was moving the height-check sensor to the wrong position, so the table wasn't making contact with the sensor.  Maybe the Y-axis isn't getting calibrated to the right position?

So I cleaned the Y-axis home sensors by blasting them with canned air. 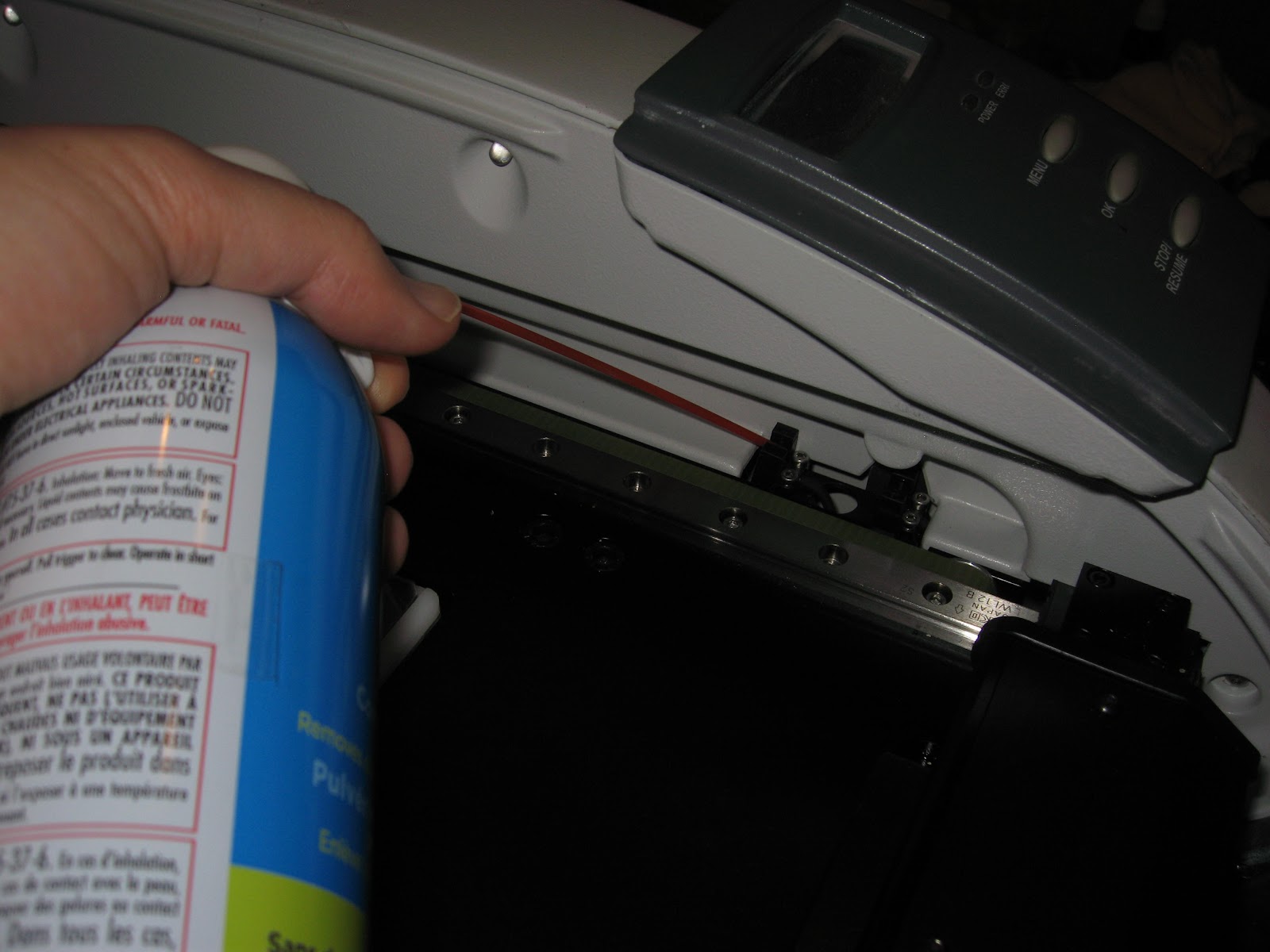 That seemed to help.

Now the machine initializes and feeds PVC onto the build table, but it intermittently fails to trim the material.  To trim the PVC, the machine is supposed to raise the build table until the white cutting board (green arrow) makes contact with the trimming knife.  But the Y-axis position is still wrong, so it's positioning the trim knife too far away from the table (red arrow).  I used the maintenance utility to re-calibrate "accurate XY home" but then the machine was even farther out of calibration! I lowered my camera into the machine and took a picture of the Y-axis home sensors. 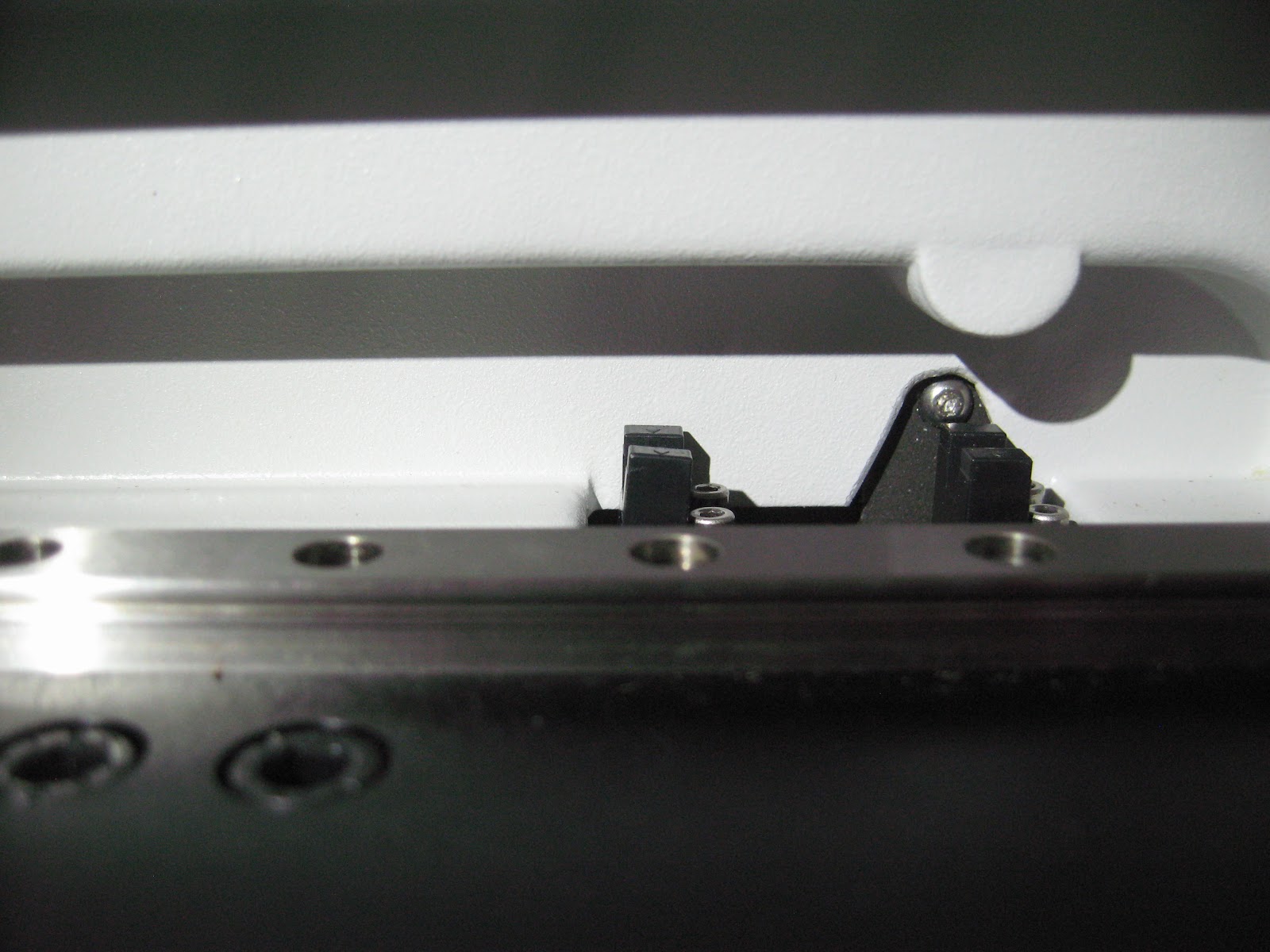 The picture suggests the sensor on the left has been bent out of shape, possibly by an impact.  The two sides should be absolutely parallel, but the nearer side has been bent to the right.  It looks like its base is cracked through the mounting screws, which undoubtedly interferes with accurate sensing.  That probably accounts for a lot of the machine's odd behaviors.

All right, I will replace this damaged sensor with an identical part from my SD300 and try again.

Posted by Scott Elliott at 5:32 PM No comments:

Rebirth, and working toward a New Ending

In its prime, my SD300 worked loyally through night and day to produce my toys and puzzles.  So I'm not entirely content to let its story end so ungraciously.

Today is my birthday, so my wish is to get the machine running long enough to produce a "farewell" batch of puzzles.  Or at least keep trying while my supplies last.

I found a secondhand Invision LD, a 3D printer of the same type but with a different brand name.  It has all the same internal machinery as the SD300 so I hope I can exchange enough parts between the two machines to get one of them running. 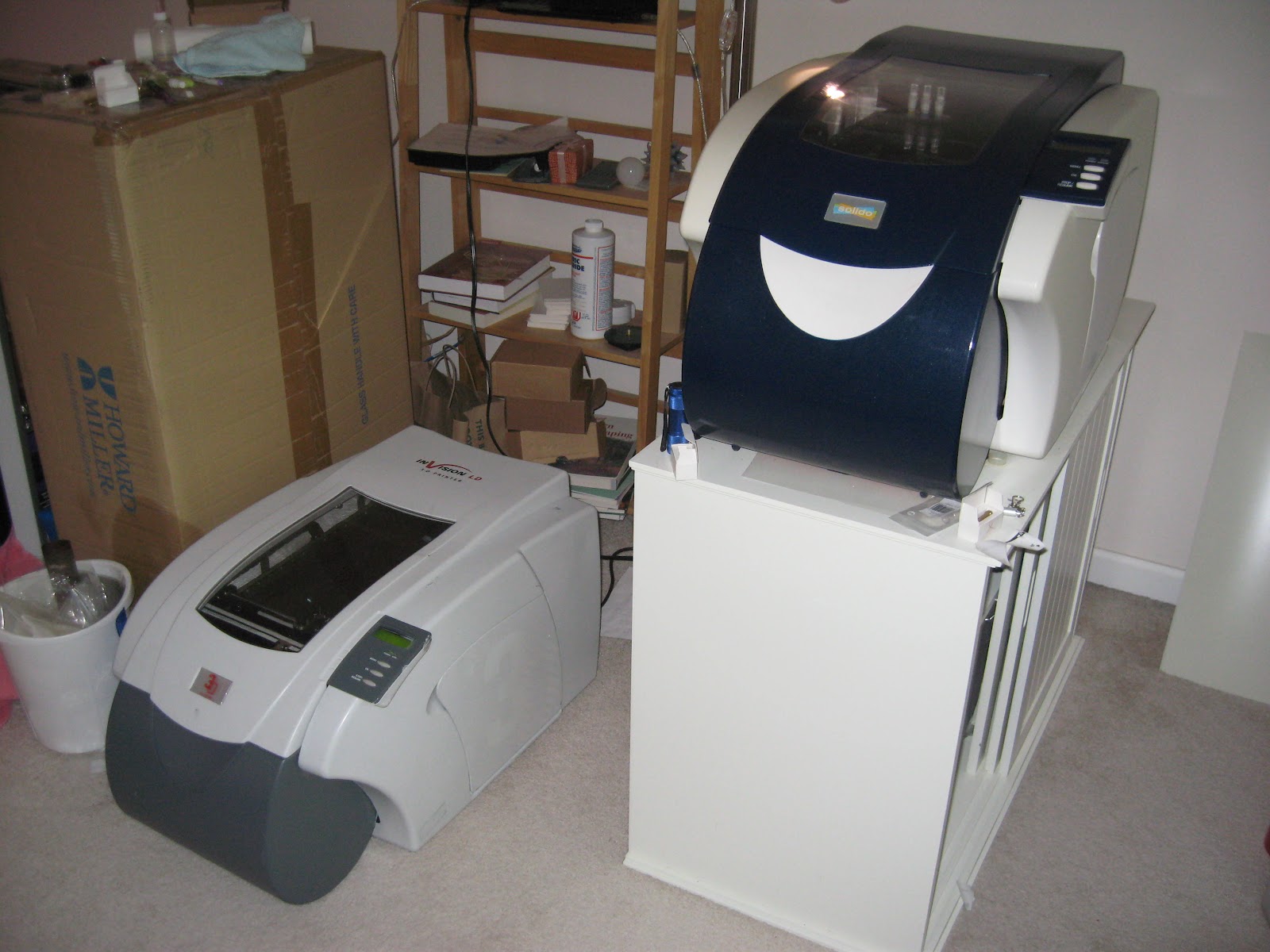 The SD300's motor-control circuits don't work, probably deterioration from glue/solvent leaks, but the machinery is intact so I can use it for parts.

The Invision LD is electrically sound, but it arrived with a lot of mechanical faults.  Can I get it running with parts donated from the SD300? 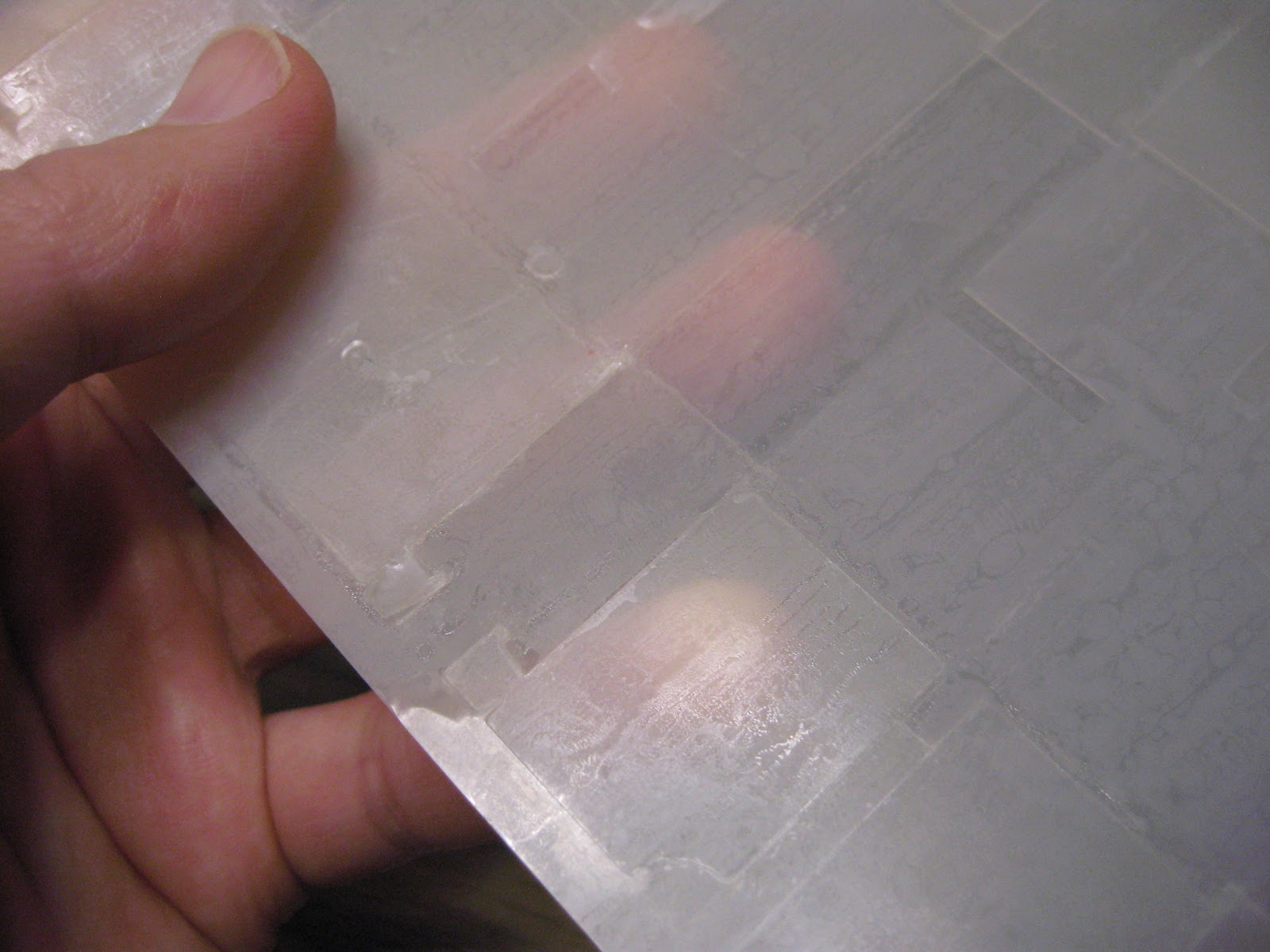 Conversely, the ironing pressure isn't always sufficient to bond things together even when they should stick together.  For instance, the first layer doesn't always stick to the table--sometimes it just slides away! 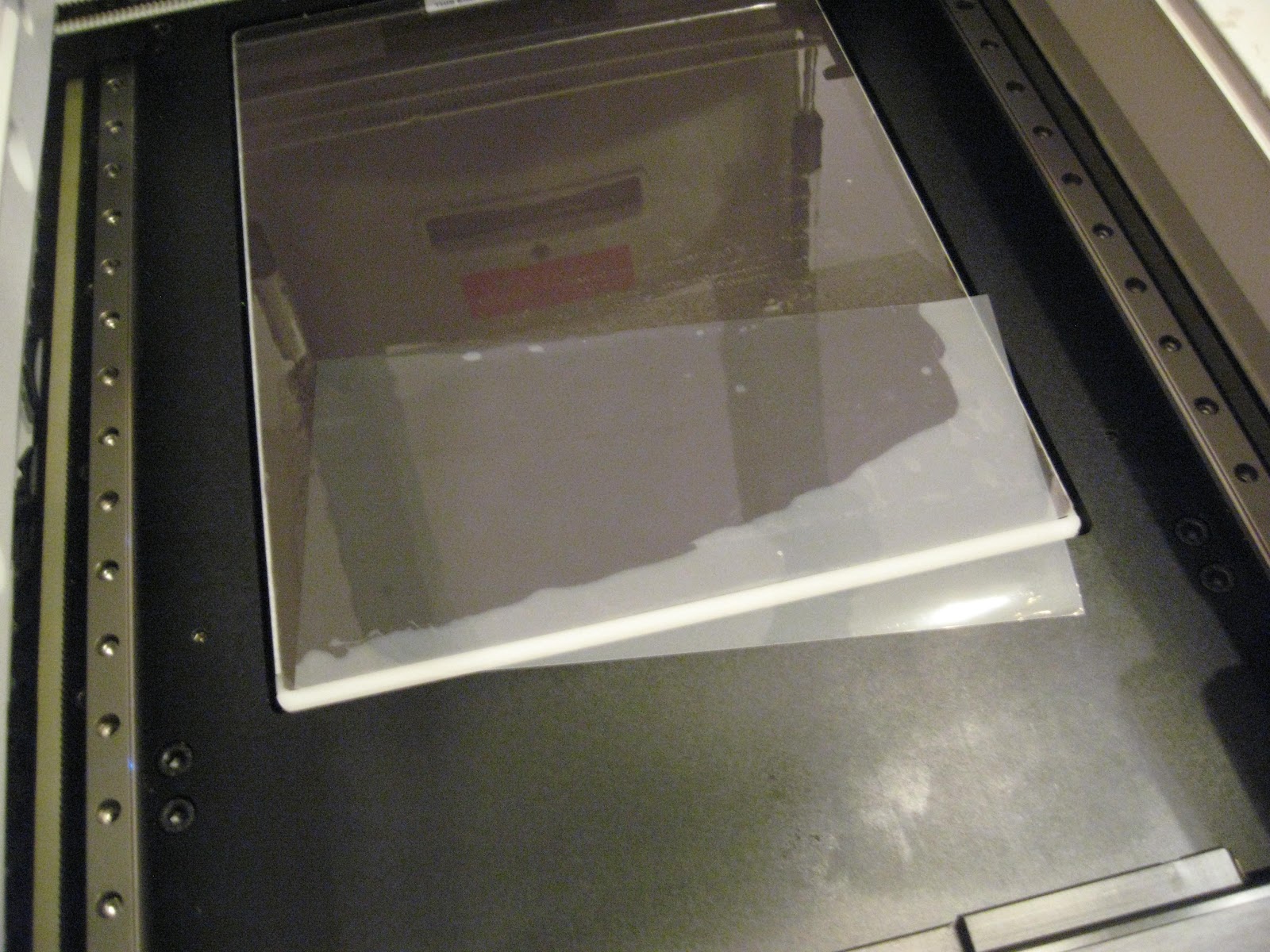 Perhaps I will exhaust my supplies trying to repair the machine.  That's acceptable to me because there's no need to keep trying after the supplies are gone -- that's all there is.
But maybe I'll get it running long enough to create some special tribute, a memento, a toy.  That's worth a shot.

Either way, it'll be cathartic.  Happy birthday, Scott.
Posted by Scott Elliott at 9:59 PM No comments: