Inspired by a paper model I designed a flat model with no fewer than 41 built-in hinges arranged so that the concentric rings create a spinning motion when the panel is folded.


The STL represents the hinges as thin regions, about 0.2mm thick, aligned with either the top surface or bottom surface depending upon which way a particular hinge is supposed to be folded.  The entire model is only 3 layers thick when built on the SD300, so I built one model using a different color material for each layer so the hinges appear in different colors (red or blue) depending on which way they're supposed to fold.

I uploaded the data to Thingiverse (here) but most hobbyists won't be able to build in with homebrew 3D printers so I designed a model that would act as a template to help someone cut and fold a similar twirling model from heavy paper. 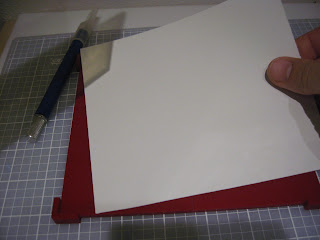 A sheet of paper would be sandwiched inside the template, the rings are cut by pushing a knife through the grooves, and the folds are embossed by applying pressure. 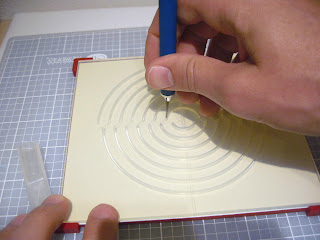 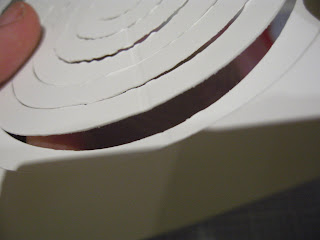 Even so, I uploaded the template model to Thingiverse so other users can try it...and maybe improve it.  In the meantime I'm satisfied with the SD300's plastic version, which works nicely. 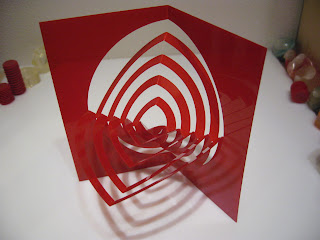 I wonder if it could be scaled down to business-card size...
Posted by Scott Elliott at 2:51 PM 2 comments: