At the suggestion of several puzzle-design colleagues I developed a 2x2x3 puzzle using my previous Minimis 2x2x1 puzzle as a foundation. 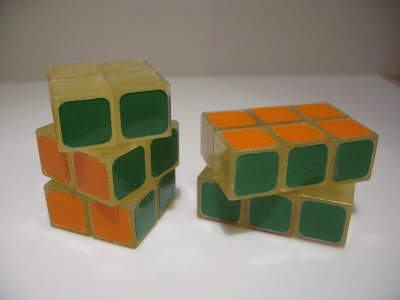 Essentially, it adds channels to the central 2x2x1 puzzle and adds parts with spherical-shaped extensions that ride in the channels. The parts turn smoothly thanks to PVC's lubricious character, but they mysteriously snagged in some places. 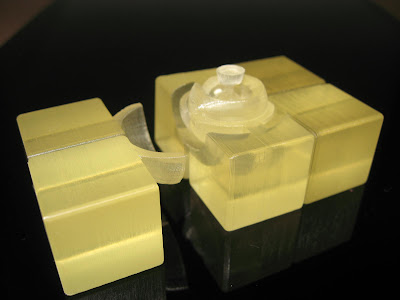 I discovered I could troubleshoot the puzzle by candling it in front of a flashlight, which suggested revisions to the curved extensions to ensure they crossed smoothly from one channel to the next. 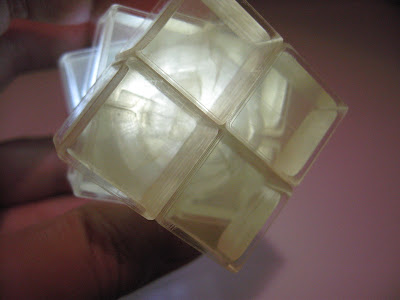