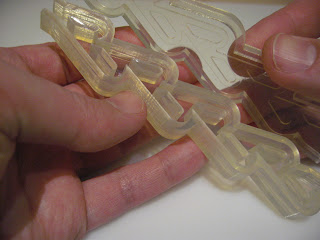 Nikola Tesla proposed a Valvular Conduit in which fluid (or gas) flows freely in only one direction.  There are no moving parts, but reverse flow is impeded by inducing turbulence at the backward-facing junctions. 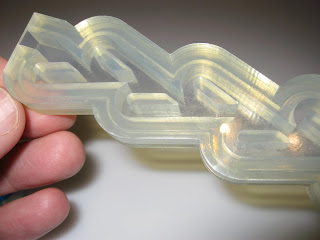 I expected it to be an ideal model to build in transparent material, thereby allowing the user to see inside, but I found my model just a bit too transparent.  Yes, I could see inside the model but it was hard to distinguish the channels from the walls.  Ordinarily I would resolve that by adding a layer of red material, which is strongly colored so it makes a good contrast. 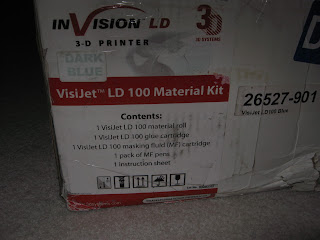 But a friend had recently hooked me up with a carton of dark blue VisiJet LD material, which is 100% compatible with the SD300.  I hadn't tried it out yet, so this seemed like a good opportunity to test it. 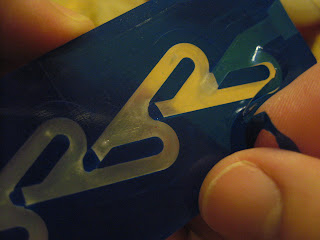 I built another model of the conduit using transparent material as before, except this time I put in the blue material for just one layer.  When I removed the unused material the outline of the conduit emerged in sharp contrast. 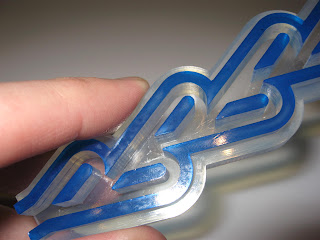 The blue material makes the conduit walls stand out vividly. 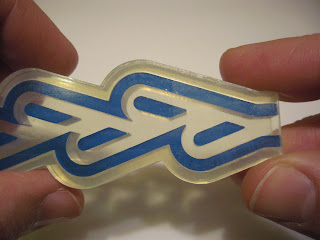