Shapeways built my Twirlicue pendant in solid silver and I received the parts today. 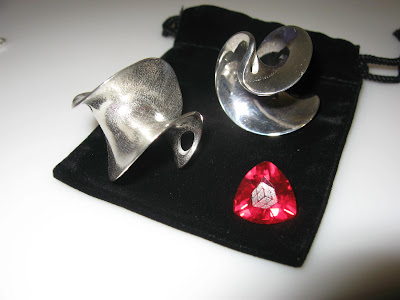 The two pieces can be assembled so they merge together into a slender, twirly shape like this. It looks simple enough, but there's only one way to put it together so it's a bit trickier than it looks! 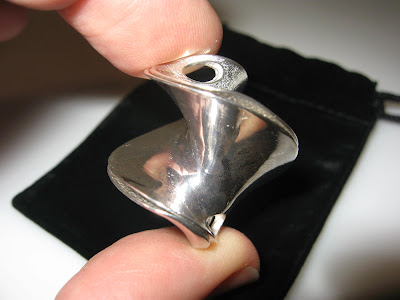 Here's the finished Twirlicue pendant compared with the first prototype I'd built on the SD300. I enlarged the silver model over the original design because it was hard to hold onto. 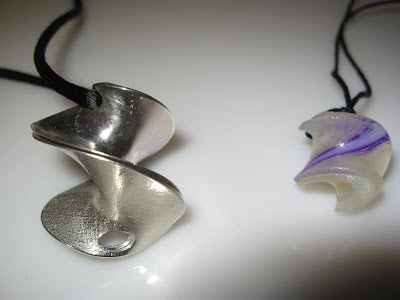 The assembled pendant can be hung from a chain or cord and worn as a necklace. 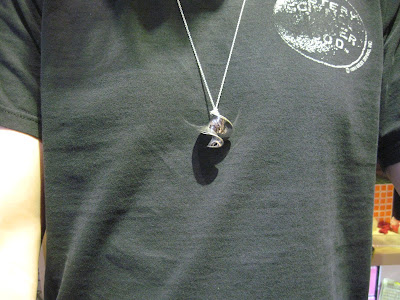 Shapeways sells each piece for $44 USD (plus $10 for an optional polished finish) and it takes two piece to form a complete Twirlicue Pendant so it's not a dirt-cheap puzzle. But it's pretty!
Posted by Scott Elliott at 11:36 PM