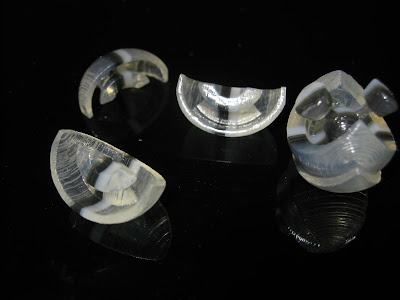 A puzzle-making colleague requested a variation of my 2x2x1 design cut down to its bare core so it could be used as a foundation for other puzzles. I'm not sure what he wants to use it for, but I built a sample. 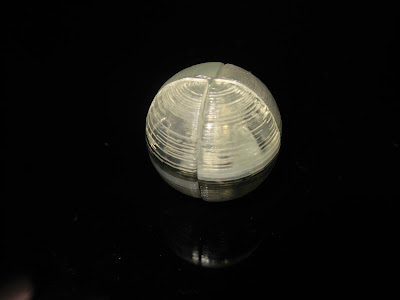 I'd designed it with flat spots on the top and bottom, but otherwise it formed a smooth ball when assembled. It's hard to grab onto and it would probably be difficult to attach anything to it due to the smooth surface. 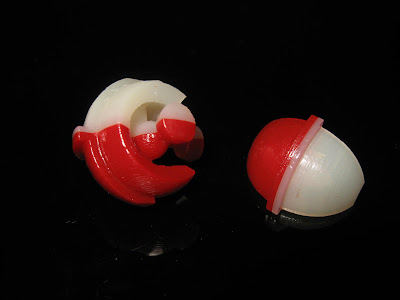 Coincidentally another friend suggested another variation with thin projections. I didn't build it exactly as he'd described, but it gave me the idea of adding a rim around the equator for grip. 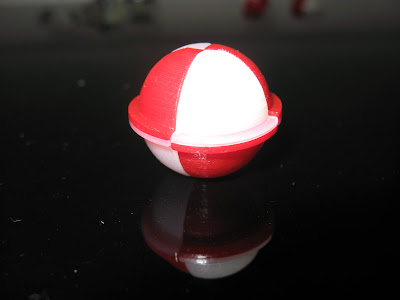 The rimmed version is easy to operate. It's not a real puzzle, but it would be an acceptable desktop toy.