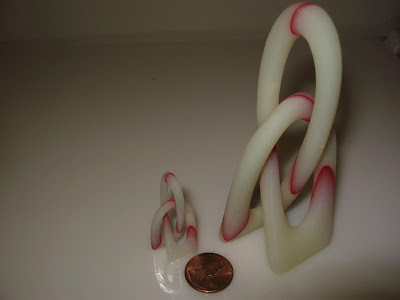 When I was preparing to build a full-size version of Chylld's Vica Illusion Sculpture I noticed SDView, the SD300 build software, displayed the model at an angle that would allow two of them to be conjoined by making a second copy and overlapping it with the first. SDView won't ordinarily build if two models overlap, but it merges the meshes if the model is exported. The exported file can then be built as a single mesh with two overlapping shells. 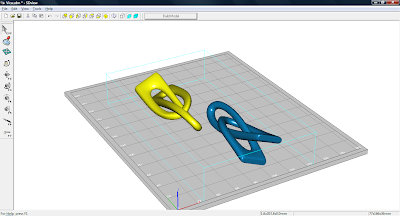 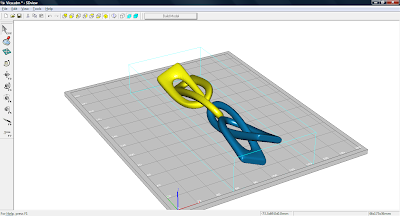 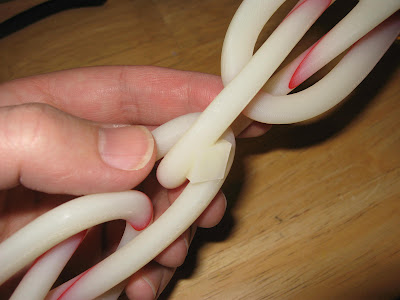 The conjoined sculpture isn't as elegant as the original but it's novel. And that's all I wanted. 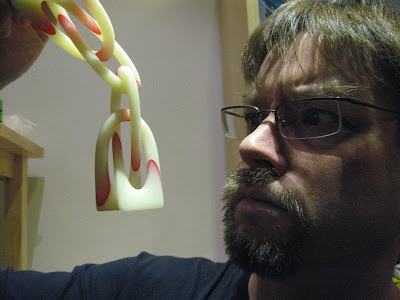