On Thursday I learned Shapeways has permanently added solid silver to their material choices. Plenty of service bureaus offer precious metals, but Shapeways makes it so hassle-free that I wanted to devise something new just to exploit their new capability. 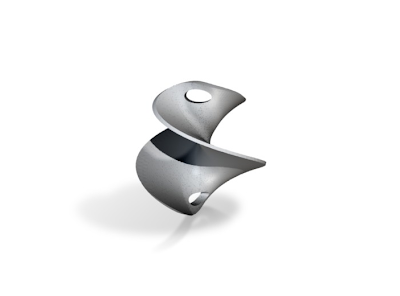 I designed a twirly shape that resembles a twisted potato chip, which is intended to be both a puzzle and a pendant. I built test models on the SD300 before sending it off to Shapeways. Just experimenting, I tinted the models by applying permanent markers to the exposed surface partway through the build process. 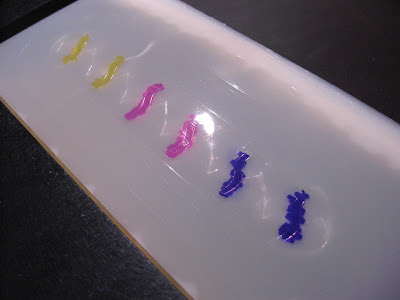 Here are the colored markers beside the finished parts. A visual illusion makes it seem as though the colors 'bleed' through the layers, but that's just an optical behavior of the transparent material. 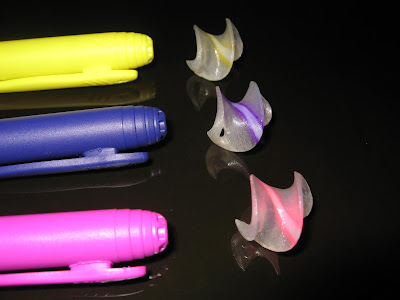 I designed the models to be exceedingly thin because silver is such an expensive material, so these test models are also very thin. Consequently a piece broke away from one of the models when I was cleaning it. 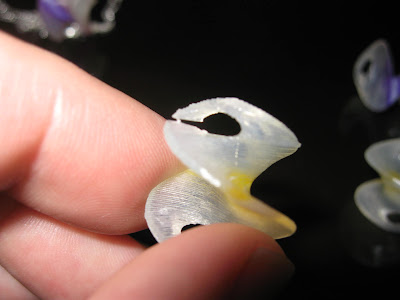 The 'puzzle' is to assemble two pieces as shown here, which will allow them to be strung onto a necklace chain. The chain is a 1mm Sterling Silver box-link chain. 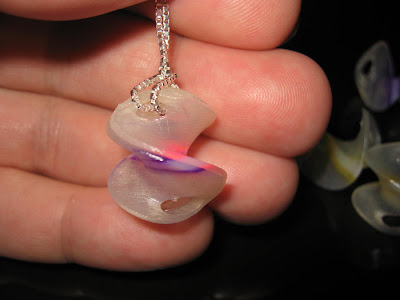 Here's another view showing how tiny and thin the test parts are compared to a US one-cent coin. I don't ordinarily build such thin parts on the SD300 because they require a huge investment of extra attention to remove the supports. It took at least an extra hour to clean these six parts, and I broke one. 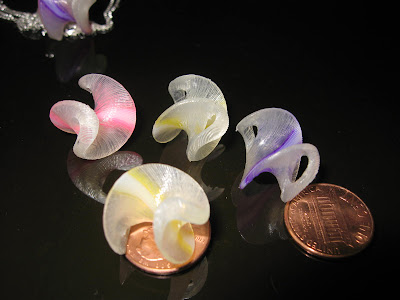