In August I built a gem-filled puzzle for a widely-known puzzle collector, Roxanne, and named it the Rox Box in her honor. It featured two puzzle-engraved gem stones locked behind clear windows, and the box could only be opened by navigating the lid through a maze in the shape of the word "Rox," Roxanne's nickname. I built only one, so she owns a very exclusive specimen. 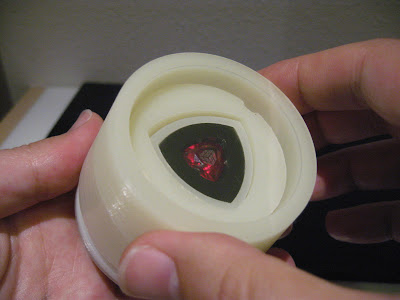 Recently Roxanne met Uwe Mèffert over dinner in Hong Kong. Mèffert invented the Pyraminx puzzle, which was popular back in the Rubik's Cube puzzle craze in the 1980s. He still develops and sells puzzles at his web store www.mefferts.com

Roxanne showed him her Rox Box puzzle and kindly sent me a picture of Mèffert playing with it. He praised the way it incorporated her name right into the puzzle! 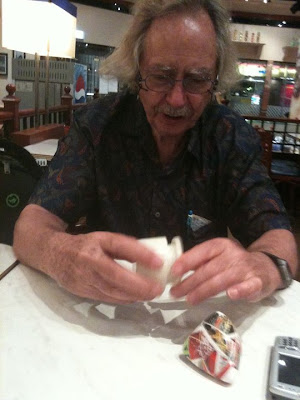 Mèffert showed some of the puzzles he's developing for his store, and Roxanne shared many of the favorites in her own collection. I'm very flattered she included the Rox Box because I interpret her choice as a sincere expression of appreciation. I'm grateful for that! 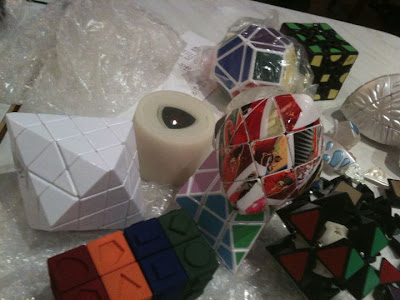