EDIT: Just to clarify, I only built the transparent rings in the pictures. The brightly-colored maze cylinders were purchased from Oskar's store at Shapeways.

In a previous post I described how I'd made transparent rings for Oskar's Cooksey Tribute maze puzzles. The transparency enhanced the puzzle, but they were only semi-transparent at best. 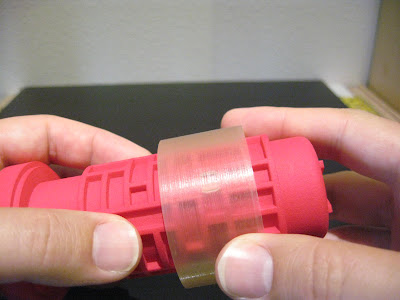 I had sprayed the previous parts with Weld-On 2007 to improve their transparency, but I soaked a second set in the solvent for 25 seconds and then permitted it to air-dry for an hour. The results were substantially more transparent. 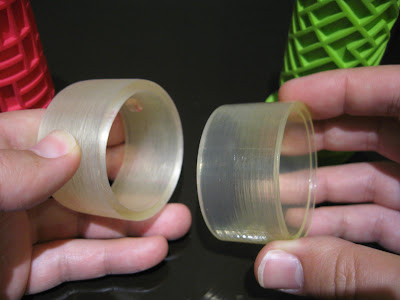 There's some optical distortion where build chatter has been transformed into wavy lenses, but the new part is more transparent. 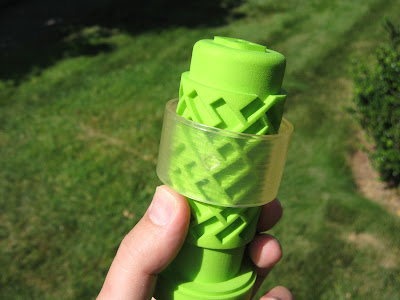 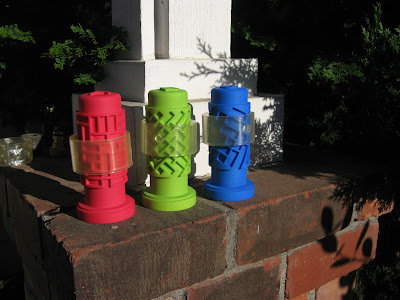 I had discovered the value of a solvent dip long ago, but I'd been using a simpler solvent-spray to make it more convenient. The dip requires a relatively large volume of Weld-On 2007 welding solvent, a solvent-resistant surface, gloves, and ample ventilation. But these results are worth some special effort!

There are additional pictures of Oskar's Cooksey Tribute in my PhotoBucket Album.
Posted by Scott Elliott at 10:55 PM