George Bell graciously took several sets of my Bag of Marbles puzzles to the International Puzzle Party in Berlin this year. Currently I have three styles of marbles, distinguished by color. 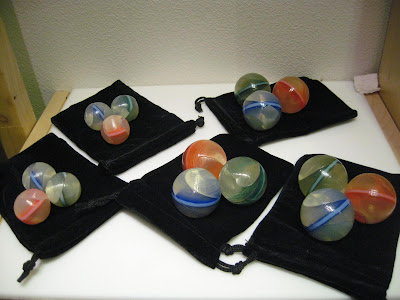 Orange Marble was my first design, a puzzle with two interlocking pieces that slide together unintuitively. It was created by accident as part of a design that I abandoned while studying Bram Cohen's Trapped Marble prototype. Although the two pieces are different from each other, they can be flipped relative to each other and they slide together symmetrically. 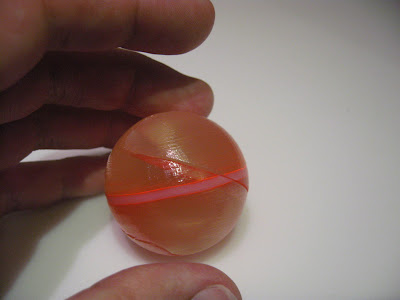 Green Marble is another two-piece design. This time the two pieces are identical, but they only fit together when the pieces are oriented in one specific orientation. 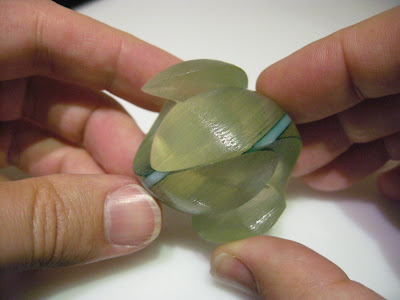 Blue Marble is based upon the same curves as Green Marble but divides a sphere into three pieces instead of merely two. Most people fit two of the pieces together easily, but instinctively try to insert the third piece upside-down...which doesn't work. 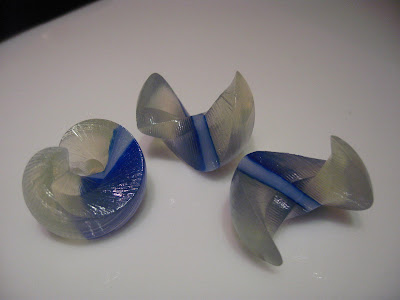 Here's how a batch of Blue Marble pieces looked shortly after I'd removed them from the SD300 and removed some of the support material. 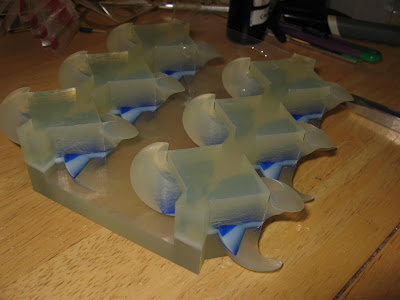 Unprocessed pieces have a translucent sidewall finish. It's attractive, but I wanted a shinier smoother finish. 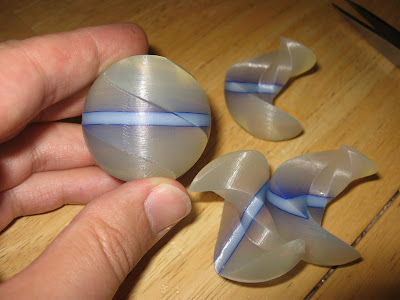 To smooth the side walls I dipped each piece in Weld-On 2007 solvent for 30 seconds. 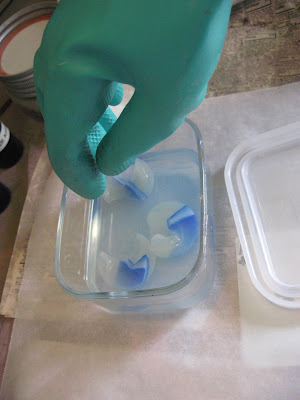 After their solvent bath I laid the pieces on baker's parchment to dry. Parchment is non-absorbent and the wet pieces don't stick to it, so it's an ideal disposable drying surface. 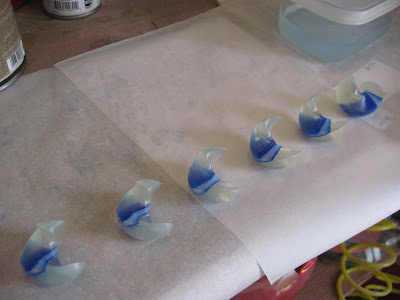 Eventually I plan to add other Marble styles (and colors) to the series as I think of new challenging features to add.