George Bell designed this box puzzle as a conventional 3D object. It's an example of a coordinate-motion puzzle in three dimensions: its four pieces interlock and slide together to form a box if-and-only-if all the pieces start in exactly the right position and all four must be moved simultaneously. 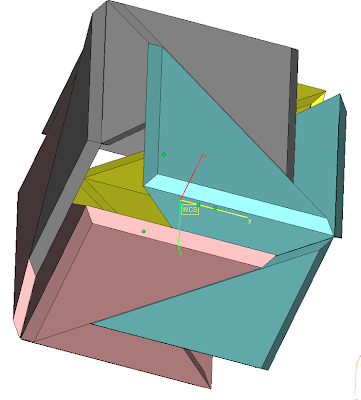 Here's a full set of parts built on the SD300 with a contrasting red color on some sides. (It rather resembles a stop sign, doesn't it?) George's puzzle is perfectly functional, but I was still compelled to tinker so that I could exploit the SD300's peculiar capabilities. 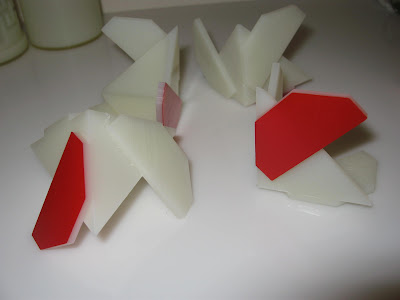 My first modification was to transform the puzzle into a flat form with living hinges and a tuck-in tab. 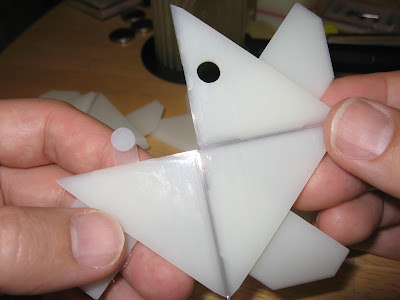 When my modified piece is folded and the tab tucked in, it forms a solid shape identical to George Bell's original 3D model. 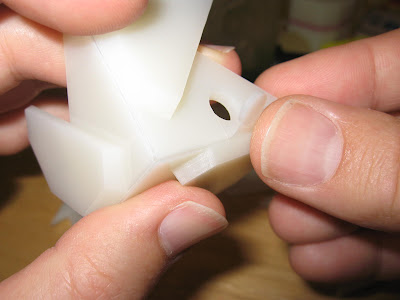 It can be assembled exactly the same as George's original model, but now all the faces have a lustrous sheen because they're all built parallel to the shiny surfaces of the PVC material. 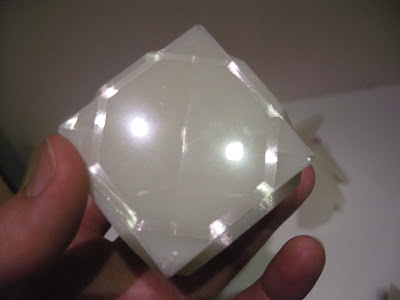 Then I added small cylinders, raised about 0.18mm above the surfaces to resemble dice pips. And I changed material for exactly one layer while building to give the dice pips a contrasting color. 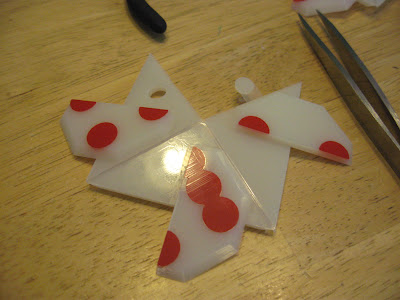 But there were sharp corners when the flat panels were folded, so George took over again and modified the design. 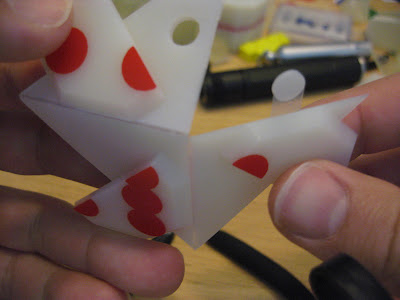 George's next revision rounded off the corners, so the puzzle really does look like a chance die now! 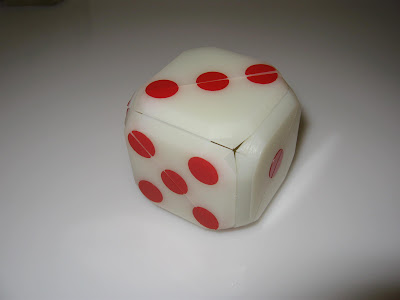 Because the puzzle starts as a set of flat panels, I decided to package it in a plastic bag with the four panels intertwined in a flat configuration. To solve the puzzle, the user removes the pieces from the bag, separates them, folds them into solid objects, and must figure out how to slide them together. 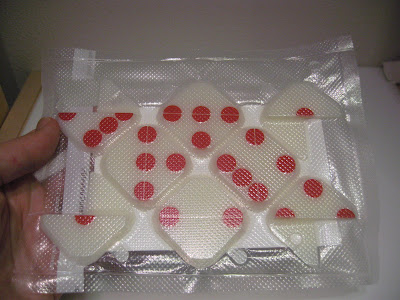 The puzzle was now named Dice Box. We packed instructions inside each bag. 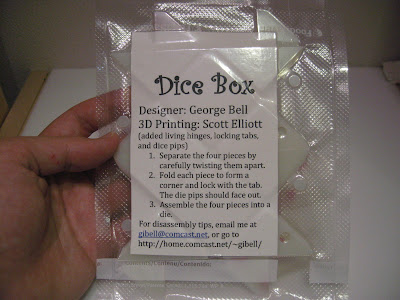 I built over a dozen sets of Dice Box puzzles over the next few days, so George could take them to the International Puzzle Party. 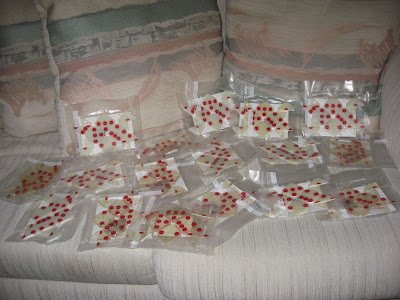 About half the puzzles are transparent and the other half white. 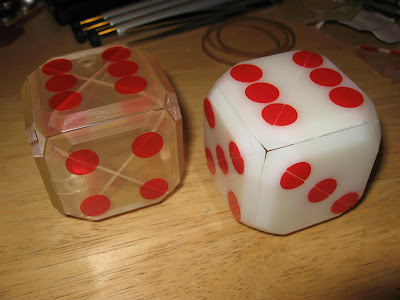 Posted by Scott Elliott at 9:59 AM