I had previously built parts for the Junior Barrel in blue VisiJet HR200 material on a 3D Systems Invision HR (succeeded by the Projet HD). Here's a closeup comparison with the same parts built on my Solido SD300 Pro using translucent/transparent amber material. (Both 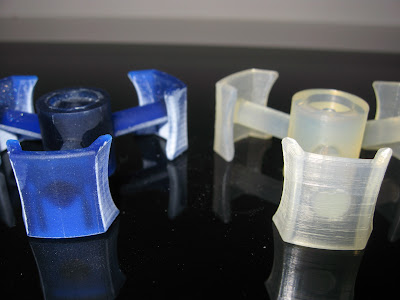 The Solido SD300 can render glossy flat surfaces by simply exposing the original surface of the PVC sheet. The Invision HR part is covered with a stubborn white wax that supported another part being built above it, the part in the next picture. 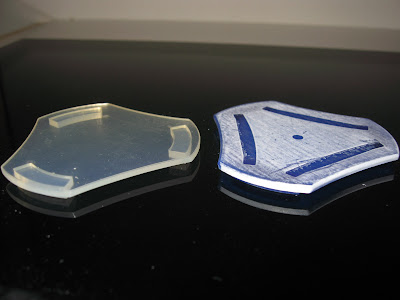 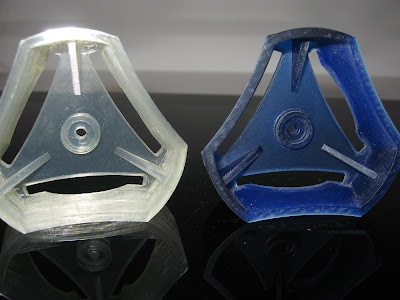 The Invision HR's wax support material is hard to remove completely. Most of it just wipes off, but there's a stubborn residue. Acetone was recommended, but that simply eliminates the greasy feel without cleaning away the white 'bloom.' 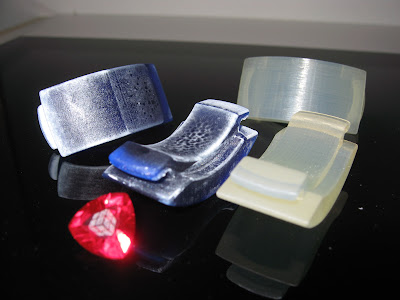 Posted by Scott Elliott at 9:31 PM