I just built my first part after getting the SD300 set up. It's an end-cap for Matt Shepit's Junior Barrel puzzle, which I chose because it's flat. It took about half an hour to build the two caps pictured below. I'm currently using amber material, which is quite transparent when viewed through the build-plane as shown at left. But it's merely translucent from the sides. 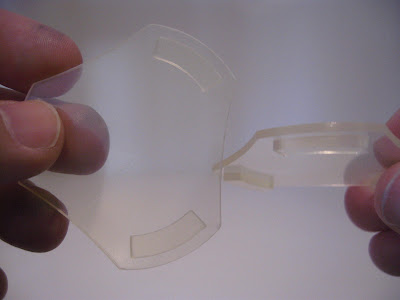 Here's a picture comparing the SD300 parts to ones built using a different technology. The blue parts were built by Printapart using an Invision HR. The two technologies are sufficiently precise that my new end cap snaps perfectly onto the Printapart body piece, at top. 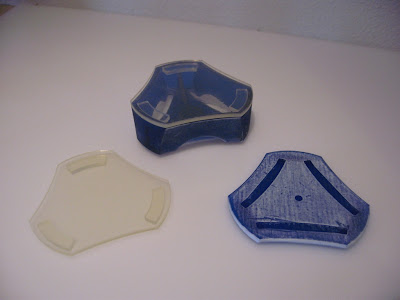 Now I guess I'd better build the rest of the parts for a full puzzle!
Posted by Scott Elliott at 3:09 PM