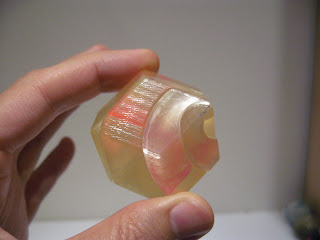 I just shared a simple Rhombic Dodecahedron Puzzle at Thingiverse, consisting of four identical pieces that fit together to form a solid shape.  The concept is very similar to my previous marble puzzles and cubic trisections, but using four parts instead of just two or three. 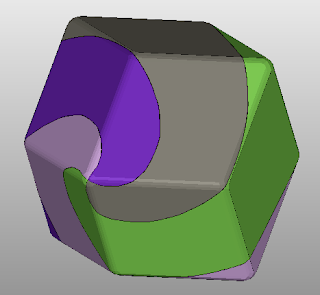 The idea of using a shape with four-way symmetry was inspired by George Hart's Air puzzle, which is described on his web site and briefly demonstrated in a YouTube video by Roxanne Wong. 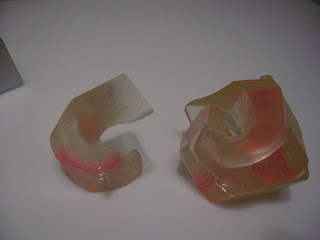 Like my previous dissection puzzles, the pieces have a distinct orientation so they only fit together if they're all pointed the same direction.  Technically that means my puzzle only one-eighth as many duplicate solutions as Air but that doesn't mean it's any harder to solve.

Here's a video that demonstrates how the puzzle works.
Posted by Scott Elliott at 11:40 AM