I like puzzles, so I built this Mysterious Wood Joint in transparent material. According to its creator, the joint was adapted from a wood joint used in Osaka Castle. At first glance it looks impossible, but the pieces go together easily when oriented correctly. I wonder if the design could be further modified to make it more like a puzzle. 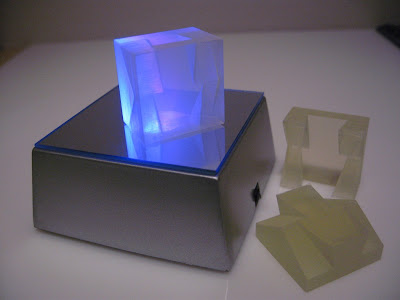 An SD300 user sent me a picture of a chain they'd had trouble building, which inspired me to attempt one for myself. Problems had occurred when the chain was positioned with alternate links vertical & horizontal like the yellow chain at left. When I built the chain, I positioned it so all the links were positioned at 45° angles relative to the build platform. 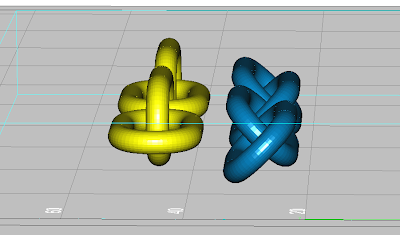 I built the model with a single peeling cut running down the center of the chain, which allowed the first half of the support material to peel away easily. But I had to fish out scraps of leftover material behind the links. 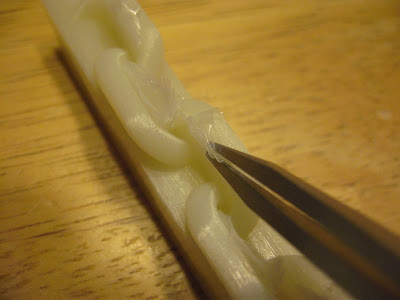 After peeling away the other half of the support material I had to fish out the last scraps with tweezers again. But that's okay because it took only a few seconds for each link. 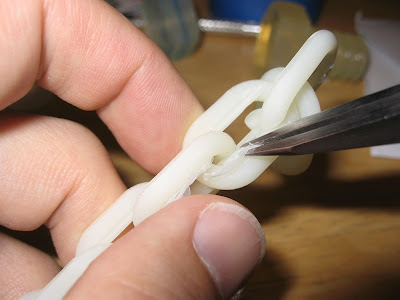 The finished chain had a uniform texture. 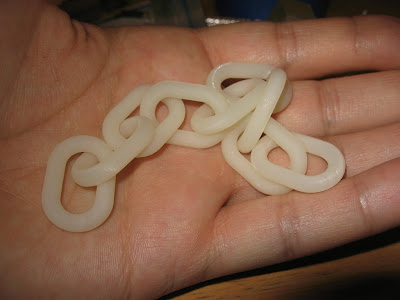 I built a 50% scale version of Free Falling Maple Seed becauseI needed an arbitrary model at least 2 mm high to get some layer-thickness measurements from the SD300. The layer lines form attractive, delicate patterns. 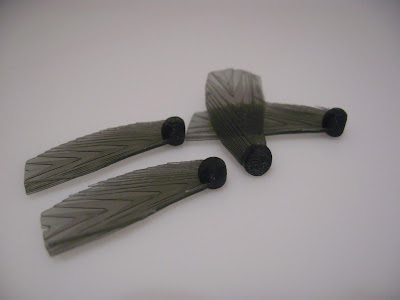 These 45-RPM record adapters required minimal material because they're only 2 mm thick. 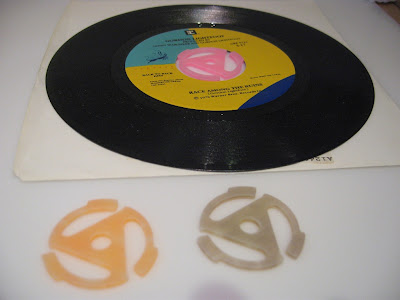 To add color to the adapters, I stopped the SD300 halfway through the construction of the model and scribbled between layers with permanent markers. This is the middle layer in the model; the color showed through after the rest of thelayers were bonded above this. 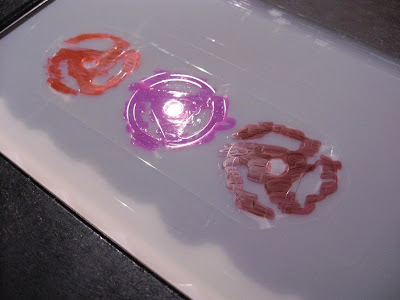 Posted by Scott Elliott at 1:38 AM