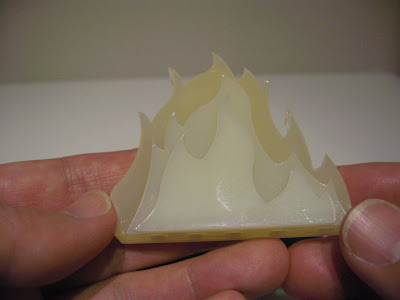 When I started using my SD300 last year I enthusiastically downloaded a number of models from Thingiverse just for the satisfaction of building a variety of models, including Geek Campfire by jonschwartz. I intended to put lights inside it, but it sat unfinished on my workbench for almost a year. 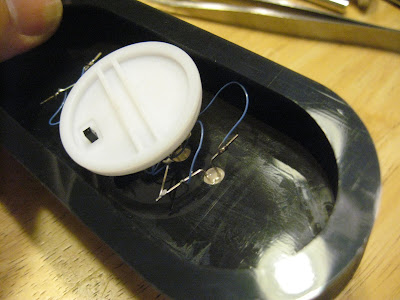 Last week I was inspired to finish the campfire when I stumbled across some inexpensive Flameless LED Tealights at a local store. I disassembled several of the lights, soldered the LEDs together, and inserted them into a Geek Campfire Stand, which I designed and uploaded back to Thingiverse. 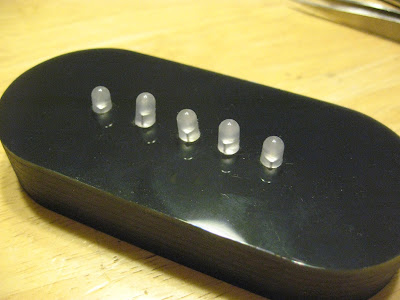 Since I got the idea from Thingiverse, I want to return the favor: I designed the stand's geometry to be buildable on a Makerbot or similar homebrew 3D printer. It can be built upside down, without supports, positioned diagonally in a 96mm x 96mm footprint on the build platform. 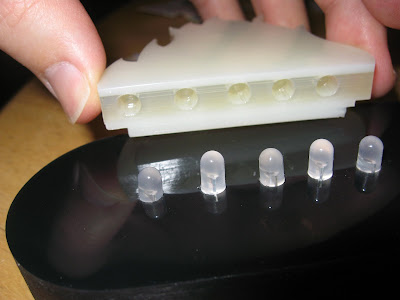 The LEDs poke through irregularly-spaced holes, positioned to match the holes in the bottom of the campfire model. 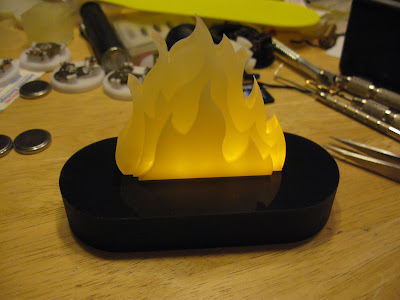 When the LEDs are turned on it exhibits a pleasant, flickering effect.


I also uploaded a narrated video of the stand to YouTube.
Posted by Scott Elliott at 9:12 PM