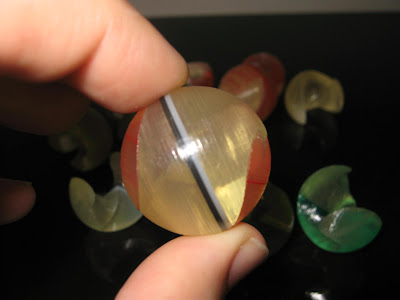 Some are twisted in the reverse direction. I plan to use them as building blocks for a larger puzzle by gluing some halves back-to-back so they have to be attached to other parts in a specific way. 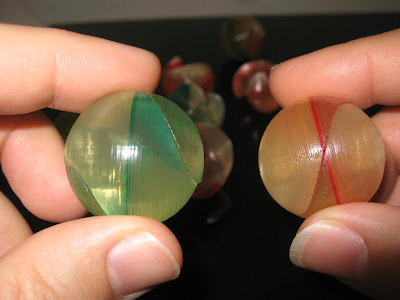 Despite all the different tolerances, the pieces are similar enough to mix-and-match. When two halves are joined into a single marble they usually hold together firmly, but some pairings will spontaneously disassemble themselves as captured in this video.