I've wanted to develop this, even before I owned an 3D printer.

Oskar's 8-Inch Bolt is a cylindrical incarnation of a hysteresis maze, where the user can move a collar up or down but can't turn it from side to side. The collar has a pin that traces from side-to-side along the walls of a maze, but the user can't steer it. There are very few samples of the puzzle in existence.

I liked the premise of Oskar's 8-Inch Bolt, but the collar operated very poorly due to excessive friction. Sometimes I tried to share the puzzle with other puzzle enthusiasts, but it moved so roughly that only one could even make it work. So I've been developing a low-friction replacement collar. 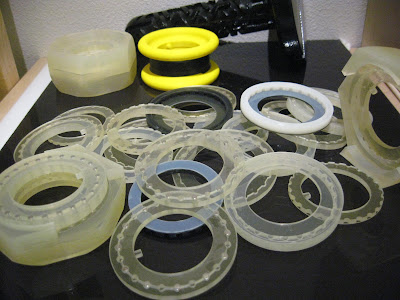 I designed the replacement collar as a disc studded with 24 magnets, which would be sandwiched between two additional rings of magnets. The magnets are all configured in repulsion, so the central disc tends to hoover. This minimizes friction, yet the magnetic repulsion ensures the ring won't rotate unless it receives some lateral force. 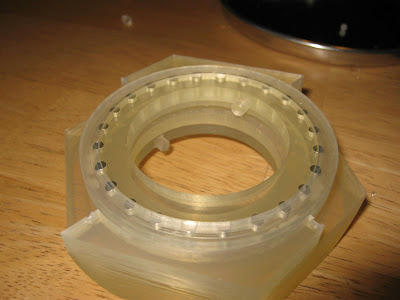 In later prototypes I added a channel with nylon ball bearings so vertical forces won't cause the disc to rub against the other parts. (Nylon is unaffected by the powerful magnets.) 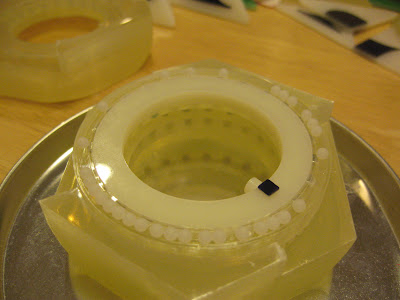 The current prototype seems to exhibit exactly the right behavior. The central disc effortlessly rotates in response to sideways pressure on the pin, but it stops at predefined positions and stays put.