Clearing an X with a probe

It's occasionally handy to have a set of general-purpose probes at hand for cleaning support material from small openings and crevices. They aren't needed for most jobs, but they're invaluable for a few situations. 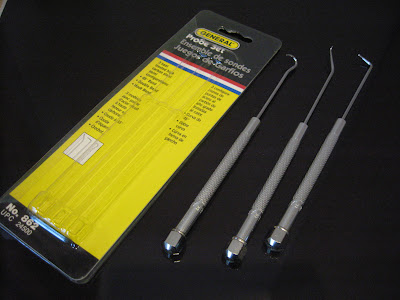 This model had two blind holes, which I filled with X-shaped peeling cuts. I made sure the cuts didn't touch the walls in order to avoid splitting the material into sections. 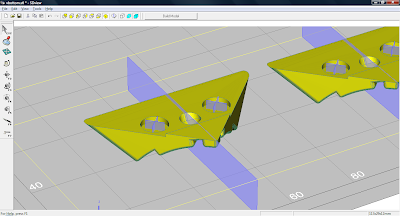 After building, the X marks identify the material that needs to be removed from the holes. 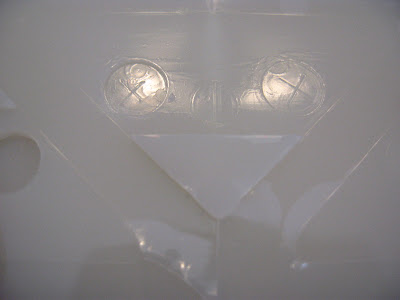 It was too awkward to reach inside the holes with the standard tweezers, as there just wasn't enough room to operate the jaws. But the probes are perfect because the thin point can hook under the X. The probe's point is small but not sharp, so the slightly blunted tip doesn't scratch the model. 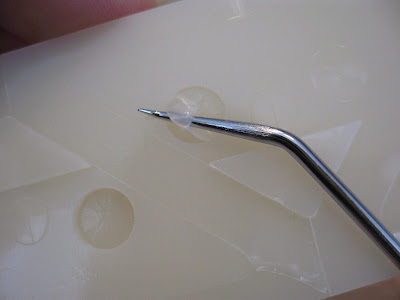 The X disappeared after the last layer of support material was removed, visually confirming the hole had been cleared completely. When I had used tweezers for similar jobs I'd always scratched or gouged the bottom of the hole; the probe worked much better. 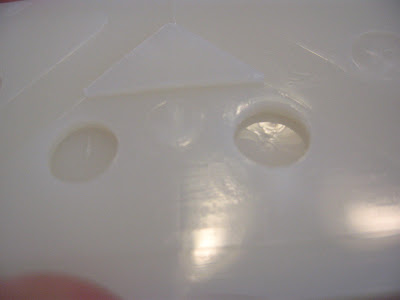 Posted by Scott Elliott at 9:42 PM