I stumbled upon a model of a cute little robot called Reditt. I was intrigued by the thin, angular antenna atop his head. It's only about 1mm thick, but I was sure the SD300 should could build it because the antenna lies entirely within a single plane and the thick ball would prevent any loose ends. 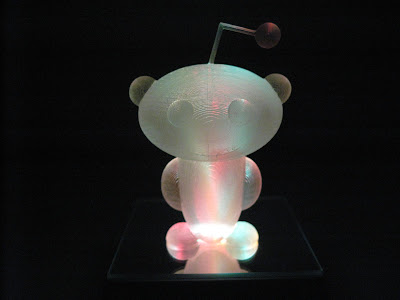 I built the model lying down, so the antenna would be completely horizontal. Here's the completed model block with the robot's face smiling from within the support material. 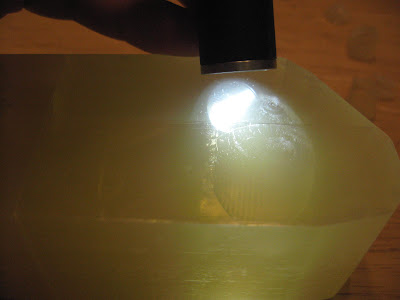 I had arranged the peeling cuts so the material could be peeled away from one side of the antenna at a time. 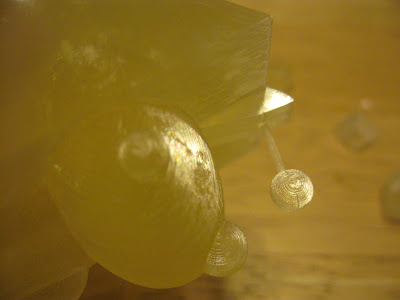 I peeled one section at-a-time from the end of the antenna to the robot's head until the whole antenna was free. 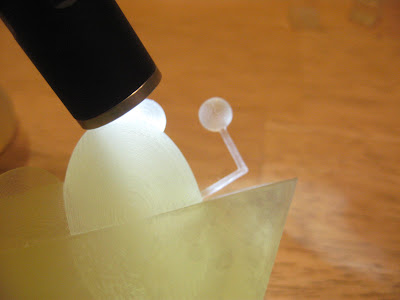 I built a pair of robots, using amber-transparent and opaque cream plastic. The antenna looks delicate, but it's surprisingly robust. One survived unblemished after being dropped on a concrete floor. 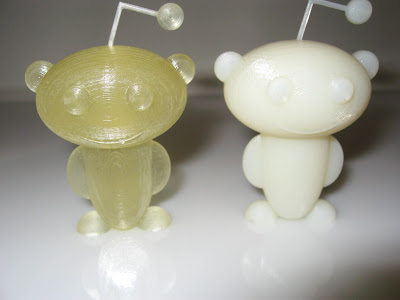 The transparent model looks spectacular standing on a Oscillating LED Light Stand I bought from American Science and Surplus for $2.95. 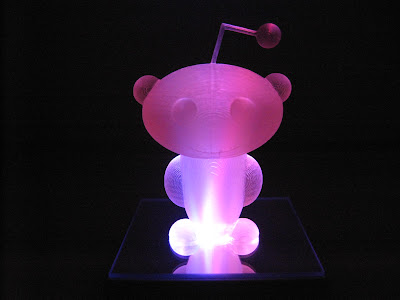 Posted by Scott Elliott at 1:37 PM