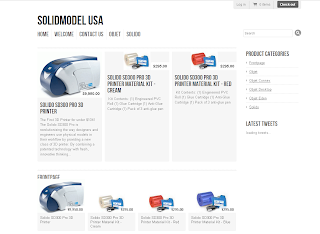 SolidModel USA recently replaced SolidVision as my 3D printer supplier, after the latter had merged with FISHER/UNITECH to became a Stratsys affiliate.  But this is only a superficial change for me because SolidModel is staffed by the same employees who supported the SD300 at SolidVision, so this is just a continuation of an established business relationship. SolidModel USA is branching out to include Objet's offerings, from the venerable Eden series to the versatile Connex.

I'm particularly pleased Ernesto Galvez made the transition to SolidModel USA because he voluntarily gave my orders special attention at SolidVision after I experienced breakage with several of my early supply orders.

Why were supplies sometimes damaged during shipment?

Solido's old carton design is pictured below, showing how supplies were arranged into neat-looking compartments.  But it's a poor arrangement because the vulnerable AntiGlue cartridge (black) is tucked between the incompressible PVC roll at the outer wall of the carton: there's no crush space.  Some cartons arrived with that cartridge broken. 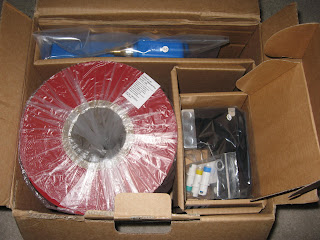 Ernesto addressed the breakage problem by re-packing every supply shipment, adding folded cardboard panels around the sharp edges of the heavy PVC roll so it wouldn't puncture the carton, and adding foam around other components.  Most importantly he rearranged and re-folded the panels to create ample "crush space" around the AntiGlue cartridge, which was safely tucked inside the smaller box in a safer orientation. 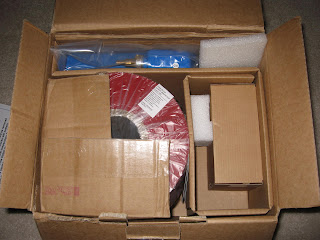 Best of all, newer supply kits have switched to a much better carton that has lots of crush space around the PVC roll.  All the other supplies are safely protected in a vaccuum-formed tray inside the separate inner carton.  It looks a bit stark, but I haven't experienced any damaged shipments with these new-improved cartons. 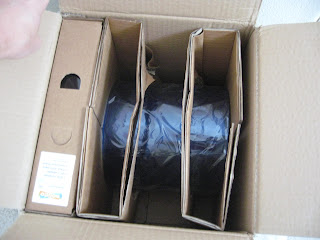