Inverting some previous builds I've been embedding a transparent band within opaque parts, such as these Puzzle Sphere pieces. The transparent band can act as a light pipe. There's another picture here of the assembled puzzle. 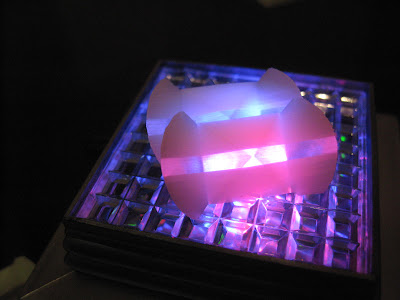 Similarly I built a batch of various Marble puzzles with embedded clear bands. 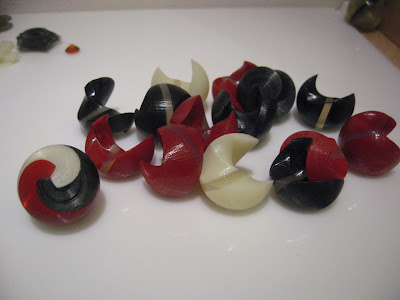 Here's one piece on a light table, showing how the clear band transmits light. 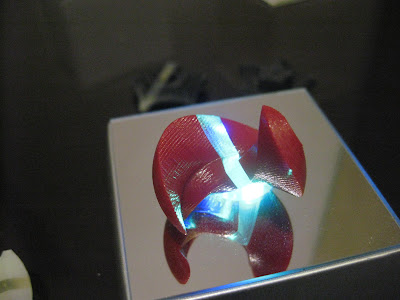 When two pieces are assembled into a Marble, the clear band in one piece transmits light through the other. 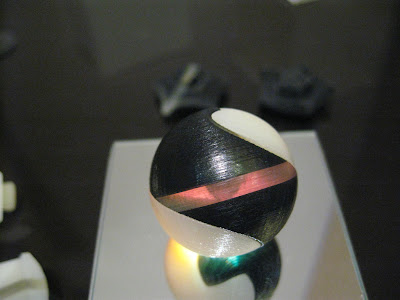 Here's an unrelated part I happened to build at the same time. It's a purely mechanical part, but it also includes a transparent band because the SD300 was building it with the same materials as the Marbles. The color-change doesn't affect the strength of the part. 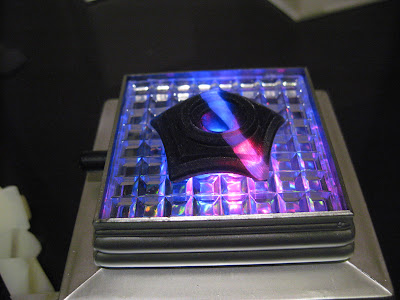